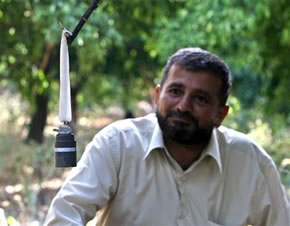 Poor families afraid to look outside
Seeking only for a place to hide
Hear a bomb here, another there
Causing this war was just not fair
Blood of innocent people flowing on the streets
Blood of others underneath our feet
Over stupid political immature crap
Like who should be noticed more on the map
Innocent lives being taken away
Trying to find an explanation was difficult to say
Islamic, Christian, Buddhist or Jew
Doesn't mean you see everyone's point of view
Religion is sacramental not a reason for war
Not a reason to look up to the rich and down on the poor
It's sad to see such a beautiful country lose its respect
When people hear "Lebanon" they hear a country that's been wrecked
We used to be noticed for our large mountains and beautiful trees
Now we're only known for flying over seas
Far from home, settling somewhere new
Working day night to make enough to buy a pair of shoes
Depressing as it may seem this story is true
As much as you hear, you'll never have a clue
You'll never know what it was really like
To live in a country where everyday they were on a strike
On strike to gain some freedom to speak
Or to get some food for those who are so weak
It happened so fast, they turned us all on each other
A country is like a family, you shouldn't steal from your brother
Like Jesus taught us, respect your neighbors and friends
Don't make it worse when it's already been to the end
My country has lost its life, its respect and purity
And now that's all left for people to see
A country crumbling like a broken cake
I hope they're happy; they've left nothing to take
It's all been stolen, all taken away
Now I'm here with God, only able to pray

By Yolla Yaacoub
Canada
Posted by Sassine And Marwa El Nabbout at 5:53 AM

Your work is so beautiful and very touching. I want to introduce my family to yours, and see if we are related. I am the descendant of Joseph Elias Sassine and Rosa Nabbout. They were from the village of Bsarme, I think that is how it is spelled. Please keep in touch.

Hi Sarah, thank you for the kind comment. I guess your mom is from Amyoun el Koura. My family lives in Akkar, witch is also in the north of Lebanon. The relations between el Nabbout family in Akkar and the one in Amyoun is so weak and old. but we are still the same family.
Sassine