A few months before I was born, my dad met a stranger who was
new to our town. From the beginning, Dad was fascinated with
this enchanting newcomer and soon invited him to live with our
family. The stranger was quickly accepted and was around to
welcome me into the world a few months later.

As I grew up I never questioned his place in our family. Mom
taught me to love the Word of God, and Dad taught me to obey it,
but the stranger was our storyteller. He could weave the most
fascinating tales. Adventures, mysteries and comedies were
daily conversations. He could hold our whole family spellbound
for hours each evening.

He was like a friend to the whole family. He took Dad, Bill
and me to our first major league baseball game. He was always
encouraging us to see the movies, and he even made arrangements
to introduce us to several movie stars.

The stranger was an incessant talker. Dad didn't seem to mind,
but sometimes Mom would quietly get up while the rest of us
were enthralled with one of his stories of faraway places, go to
her room, read her Bible and pray. I wonder now if she ever
prayed that the stranger would leave.

You see, my dad ruled our household with certain moral
convictions, but this stranger never felt an obligation to
honor them. Profanity, for example, was not allowed in our
house-not from us, from our friends, or adults. Our longtime
visitor, however, used occasional four-letter words that burned
my ears and made Dad squirm. To my knowledge the stranger was
never confronted.

My Dad was a teetotaler who didn't permit alcohol in his home,
not even for cooking, but the stranger felt like we needed
exposure and enlightened us to other ways of life. He offered
us beer and other alcoholic beverages often. He made cigarettes
look tasty, cigars manly and pipes distinguished. He talked
freely (much too freely) about sex. His comments were sometimes
blatant, sometimes suggestive and generally embarrassing. I
know now that my early concepts of the man/woman relationship
were influenced by the stranger.

As I look back, I believe it was because of the grace of God
that the stranger did not influence us more. Time after time he
opposed the values of my parents, yet he was seldom rebuked and
never asked to leave.

More than thirty years have passed since the stranger moved in
with the young family on Morningside Drive. But if I were to
walk into my parents' den today, you would still see him sitting
over in a corner, waiting for someone to listen to him talk and
watch him draw his pictures.

We always just called him TV.

~Author Unknown~
Posted by Sassine And Marwa El Nabbout at 1:59 AM 1 comment:

The wall of death divide the beautifull dream in our class ! the dream that started in the first year in the medical school ! The death tooks one part of the dream , & leaved the other to everyday death ...
What we can say Sophie ...It's so early to go away ....You r too young to be catched by the death !...Will our tears get you back from there !...
If it was in my hand !... i will re - get the time back ! & keep it in the happiness you wanted all ur life ! near Dany ! in your wedding ! & i will stop the time there to keep you happy ! eternaly together !
But , what can i say ! what can i do !
I would try to ask god why ! but who i'm i to say that ! but still this big , burning why is in my heart !Why she? god , your ways , your thinkings is above us , and we cannot size you in our small brains ...
You know why ! & all what you do is right !You r the light ! the power ! Our life is nothing if you dont light it !
You know why god !You choose Sophie! You took her to u .....I know that this life is like that ...HARD , PAINFULL & we all rely on you to take our pains by our faith in you .....

We lost you from the earth of pain , of sadnesss , to gain you now in the heart of god , where you live eternaly ...
Only , the word will be to your husband , also a friend of all us , to your family ... that sophie is te nice girl , women , that is living now forever ...Our word to them , that you r now there for them ... & we will pray every moment to god to relax , & releive the pain in
their heart ... the big pain ... yes , please god help them that you are alive in the heart of all your classmates ...In the heart of everyone you knew ...
You always kept this smile on your face , your slow motion , your beautifull heart ....& this will stay with usForever with us ...
Sophie , our friend , as you was always the butterfly of our class , you are now our butterfly in the heaven garden ... REST THERE ...

In The Name Of All your Classmates
SASSINE EL NABBOUT MD.
Posted by Sassine And Marwa El Nabbout at 5:02 AM 1 comment: 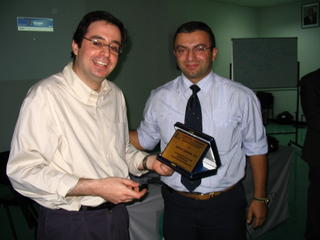 Presenting an award to Dr Khalil Ghanem ( HIV specialist in the JHI USA ) & thanking him for his great academic contribution, in the name of the Department of Internal Medicine, LEBANESE UNIVERSITY
Posted by Sassine And Marwa El Nabbout at 7:38 AM 2 comments:

What are we teaching to our childs?? Killing!?? 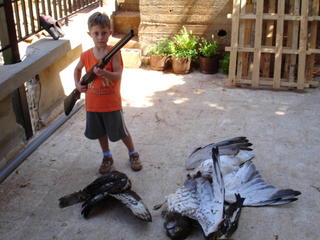 Sassine El Nabbout Photo
Posted by Sassine And Marwa El Nabbout at 7:03 AM No comments:

The Fourth Eclipse In The 21th Century 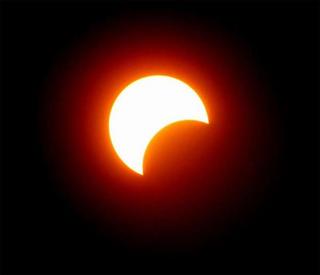 What a real wonder!
Posted by Sassine And Marwa El Nabbout at 6:55 AM 1 comment: