Christmas colors are so nice, and it's artistic crafts are perfectly done...
But many times, we may see the light but not feel it... we may touch the beauty but not live it...
In Christmas, one thing we shouldn't forget...
To renew our heart and believe that our love is eternal and unconditional... just like Jesus...
Posted by Sassine And Marwa El Nabbout at 12:33 PM No comments:

Email ThisBlogThis!Share to TwitterShare to FacebookShare to Pinterest
Labels: Christmas, My Christian Faith

Thunder Storm
Posted by Sassine And Marwa El Nabbout at 9:59 PM No comments: 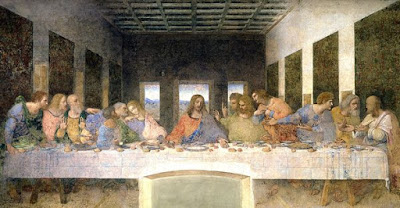 Superstitions Rooted in Bible and More
Friday the 13th superstitions are rooted in ancient bad-luck associations with the number 13 and the day Friday, said Donald Dossey, a folklore historian and author of Holiday Folklore, Phobias and Fun.

Dossey traces the fear of the number 13—aka, triskaidekaphobia—to a Norse myth about 12 gods having a dinner party at Valhalla, Norse mythology's heaven. In walked the uninvited 13th guest, the mischievous god Loki. Once there, Loki arranged for Hoder, the blind god of darkness, to shoot Balder the Beautiful, the god of joy and gladness, with a mistletoe-tipped arrow.

There is also a biblical reference to the unlucky number 13. Judas, the apostle said to have betrayed Jesus, was the 13th guest to the Last Supper. (See "Lost Gospel Revealed; Says Jesus Asked Judas to Betray Him.")

As for Friday, it's well known among Christians as the day Jesus was crucified. Some biblical scholars believe Eve tempted Adam with the forbidden fruit on Friday. Perhaps most significant is a belief that Abel was slain by his brother Cain on Friday the 13th.

Meanwhile, in ancient Rome, witches reportedly gathered in groups of 12. The 13th was believed to be the devil.

In modern times, many triskaidekaphobes point to the ill-fated mission to the moon, Apollo 13.

Thomas Fernsler, an associate policy scientist in the Mathematics and Science Education Resource Center at the University of Delaware in Newark, said the number 13 suffers because of its position after 12.

According to Fernsler, numerologists consider 12 a "complete" number. There are 12 months in a year, 12 signs of the zodiac, 12 gods of Olympus, 12 labors of Hercules, 12 tribes of Israel, and 12 apostles of Jesus.

In exceeding 12 by 1, Fernsler said 13's association with bad luck "has to do with just being a little beyond completeness. The number becomes restless or squirmy"—not unlike some folks with triskaidekaphobia today.

Paralyzed by Friday the 13th Superstitions
Some people are so paralyzed by Friday the 13th superstitions that they refuse to fly, buy a house, or act on a hot stock tip, for example.
"It's been estimated that [U.S] $800 or $900 million is lost in business on this day because people will not fly or do business they would normally do," said Dossey, the historian, who is also the founder of the Stress Management Center and Phobia Institute in Asheville, North Carolina.
Among other services, Dossey's organization counsels clients on how to Friday the 13th superstitions, which fuel a phobia that he estimates afflicts 17 to 21 million people in the United States.
Symptoms range from mild anxiety to full-blown panic attacks. The latter may cause people to reshuffle schedules or miss an entire day's work.
When it comes to bad luck of any kind, Richard Wiseman—a psychologist at the University of Hertfordshire in Hatfield, England—found that people who consider themselves unfortunate are more likely to believe in superstitions associated with bad luck.
"Their beliefs and behavior are likely to be part of a much bigger worldview," he said. "They will believe that luck is a magical force and that it can ruin their lives."

Triskaidekaphobia can even be seen in how societies are built. More than 80 percent of high-rise buildings lack a 13th floor. Many airports skip the 13th gate. Hospitals and hotels regularly have no room number 13.
On streets in Florence, Italy, the house between number 12 and 14 is addressed as 12 1/2. In France socialites known as the quatorziens ("fourteeners") once made themselves available as 14th guests to keep a dinner party from an unlucky fate.
DePauw University's Dudley said nobody really knows why Friday the 13th has spawned so many superstitions.
"You've got to have something that is unlucky, and somehow they hit on 13," he said. "But all these explanations are just moonshine."
Posted by Sassine And Marwa El Nabbout at 7:27 AM 1 comment:

Email ThisBlogThis!Share to TwitterShare to FacebookShare to Pinterest
Labels: Friday 13

A Warm Lebanese Night
In memory of the holy glow of our Lord Jesus on mount Hermoun, the believers  in our village used to  lighten candles on their balconies. My mother put a candle for each of us, saying, "Lord, give me a long life so I can lighten a hundred candle." It is perhaps the only night that we used to hope the off power cuts of electricity, because we feel the warmth in our hearts... And I asked God to respond to the seeker, whoever and whatever the demand is... This phenomenon is unfortunately seen rarely these days, because many people left the village or abandoned the faith...
Posted by Sassine And Marwa El Nabbout at 9:16 AM No comments:

Email ThisBlogThis!Share to TwitterShare to FacebookShare to Pinterest
Labels: faith 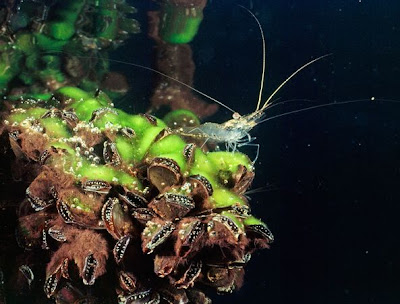 There's no happy ending for shrimp exposed to the mood-booster Prozac, according to a new study.

To mimic conditions in the wild, scientists exposed the estuary-dwelling shrimp Echinogammarus marinus to the antidepressant fluoxetine at levels detected in average sewage-treatment waste. Fluoxetine is the key ingredient in the drugs Prozac and Sarafem.

Shrimp normally gravitate toward safe, dark corners. But when exposed to fluoxetine, the animals were five times more likely to swim toward a bright region of water, the team discovered.

"This behavior makes them much more likely to be eaten by a predator, such as a fish or bird," said study co-author Alex Ford, a biologist at U.K.'s University of Portsmouth.

The fluoxetine likely makes shrimp's nerves more sensitive to serotonin, a brain chemical known to alter moods and sleep patterns, according to the study, recently published in the journal Aquatic Toxicology.

Prozac Rise May Harm Other Animals

Antidepressant use is rising rapidly—more than 10 percent of U.S. citizens, or about 27 million people, used the drugs in 2005, according to a 2009 paper in the journal Archives of General Psychiatry.

It's so widespread that animals other than shrimp likely suffer from these high doses of fluoxetine, the authors noted. (Get the facts on freshwater threats.)

"We focused on shrimp because they are common and important in the food chain, but serotonin is also linked to behavioral changes in other species, including fish," Ford said.

(Read about chemicals changing male fish to female in a U.S. river.)

Ford believes that many other common prescription drugs—such as antiinflammatory drugs and painkillers—could also be causing problems for aquatic life.

But there are ways of protecting aquatic creatures from the drugs we take, Ford noted.

For instance, more public awareness about responsible drug disposal and better technology for breaking down pharmaceuticals at sewage works, among other solutions, could help to solve the problem, he said.

Posted by Sassine And Marwa El Nabbout at 3:56 PM No comments: 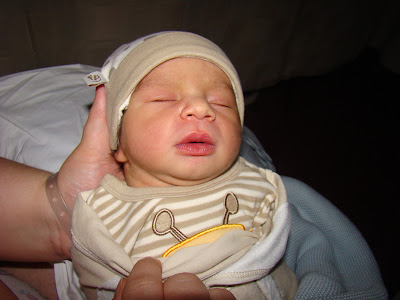 Someone Special, Someone Dear, Someone New To Love Is Here! Announcing The Arrival Of MICHAEL EL NABBOUT, Born on Monday June 14 at 10h17PM. Proud Parents, SAMA
Posted by Sassine And Marwa El Nabbout at 12:14 AM 1 comment:


I believe that endearing this flower is the only step to obtain olive oil…
It is true that an olive fruit may confer one or two drops of oil; this quantity may appear underprivileged as a product of one flower…
What about the whole tree?
If you are having one reason to not care for a single flower, then you may lose an entire season…
What if this small flower is a reticent talent in your community?
Wouldn’t your solitary apathy drop off the global human creativeness?
Listen, observe and think!
A delightful act may rouse a giant!
Posted by Sassine And Marwa El Nabbout at 5:24 PM No comments:

Email ThisBlogThis!Share to TwitterShare to FacebookShare to Pinterest
Labels: Olive

The Fruits Of Our Mind 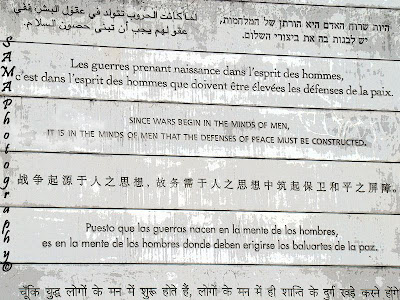 The peace memorial In Paris.
Peace can never be made by words or just hope… It is a fruit of many actions which may escort to the auto construction of ages… but everything depends on the good will, because swarming any peace agreement with bad hidden intentions is an auto-death toxin…
Posted by Sassine And Marwa El Nabbout at 2:06 PM 3 comments: