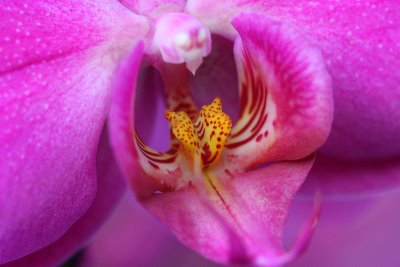 One day, a philosopher asked every one of his students to search for a flower… a one that no one looked to it… or even cared about…
He said: “ every one of you should take an eye magnifier, and look for many minutes to every detail in it… to color’s waves and lines, as to inner and outer forms… turn it side to side, then look to it’s symmetry and harmony…”. “ Remember my dear students; if you don’t do that, a flower will die without taking its real value”.
When the students came back, the philosopher said: “humans are just like each flower you saw… every one of them is unique in this world… all what you have to do is to give him enough time to know his beauty”.
Posted by Sassine And Marwa El Nabbout at 11:46 PM 1 comment: 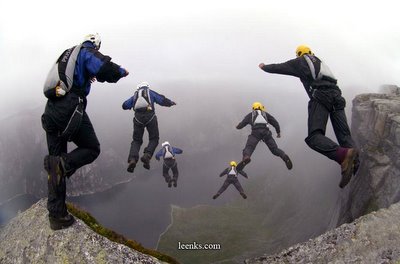 When you decide to do something, don't look behind you... just go forward...
Posted by Sassine And Marwa El Nabbout at 6:55 AM No comments: 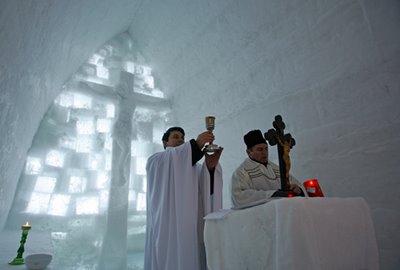 Photo From National Geographic
Romania's first ice church was inaugurated by priests on January 6, 2007, the Christian Epiphany Day.
The church, located in the Carpathian Mountains, took a month to create with ice taken from the nearby Lake Balea.
A good tourristic idea... but for me it is a great idea to not sleep while praying...
Posted by Sassine And Marwa El Nabbout at 3:35 AM 1 comment:

Farayya, A Piece Of Love & Snow

Farayya, A Piece Of Love & Snow
Posted by Sassine And Marwa El Nabbout at 6:07 PM No comments:

To Reflect And Act 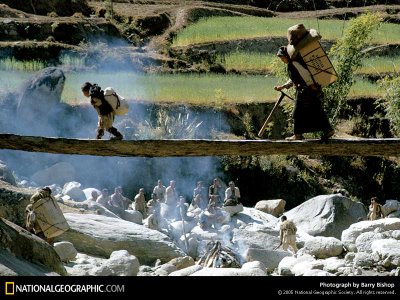 The difference between the poor countries and the rich ones is not the age of the country.
This can be shown by countries like India & Egypt, which are more than 2000 years old and are poor.
On the other hand, Canada, Australia & New Zealand, those 150 years ago was inexpressive, today are developed countries and rich.
The difference between poor & rich countries does not reside in the available natural resources.
Japan has a limited territory, 80% mountainous, inadequate for agriculture & cattle raising, but it is the second world economy. The country is like an immense floating factory, importing raw material from the whole world and exporting manufactured products.
Another example is Switzerland, which does not plant cocoa but has the best chocolate of the world. In its little territory they raise animals and plant the soil during 4 months per year. Not enough, they produce dairy products of the best quality. It is a small country that transmits an image of security, order & labor, which made it the world’s strong safe.

Executives from rich countries who communicate with their counterparts in poor countries show that there is no significant intellectual difference.

Race or skin colors are also not important: immigrants labeled lazy in their countries of origin are the productive power in rich European countries.
What is the difference then?
The difference is the attitude of the people, framed along the years by the education & the culture.

On analyzing the behavior of the people in rich & developed countries, we find that the great majority follow the following principles in their lives:
1. Ethics, as a basic principle.
2. Integrity.
3. Responsibility.
4. Respect to the laws & rules.
5. Respect to the rights of other citizens.
6. Work loving.
7. Strive for saving & investment.
8. Will of super action.
9. Punctuality.
In poor countries, only a minority follow these basic principles in their daily life.
We are not poor because we lack natural resources or because nature was cruel to us.
We are poor because we lack attitude.
We lack the will to comply with and teach these functional principles of rich & developed societies.
Posted by Sassine And Marwa El Nabbout at 10:26 PM 1 comment:


Keys to imagination, realized by Yanni, a greek composer, live at the Acropolis in Athens.
I think this is what miss our people and our polititians... living in group... working as one group... and in complete harmony...
Imagine with me... if our polititians or a lebanese randomized group are in place of these musicians, what music will come out?!
We must review our ways of thinkings... chaos can never built a country...
How much times we were angry or simply stressed last year?!
Almost all the year...
What do we want?
It is really up to what we want...
When we are angry, we always forget what we are doing... it is like: there is fire?! then put oil on it...
What we want from life?!
Destroy the other? living alone to not be touched or hurt by the other one?
Will we one day learn or know something called forgiveness?
Will we learn it to our childs?!
Wishing you all my beloved friends a real new year that is really above words...
Posted by Sassine And Marwa El Nabbout at 10:50 PM 1 comment: