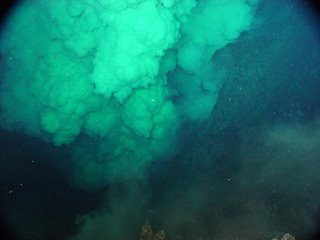 A new and important discovery, an underwater volcano in Northern Mariana Islands near Guam.
It has been going through nearly constant low-level eruptions since at least 2004, when it was first observed, Embley says. It could potentially keep erupting for decades, giving scientists the opportunity to monitor its growth.
Two other surprises were seen by the scientists: communities of microscopic bacteria and two species of shrimp living at the volcano.
Origin: www.nationalgeographic.com
Posted by Sassine And Marwa El Nabbout at 7:26 AM