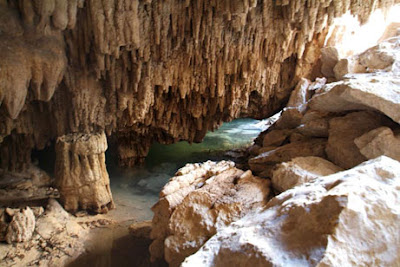 The waterway twists and turns for 95 miles (153 kilometers) through the region's limestone caverns, said British diver Stephen Bogaerts, who made the discovery with German colleague Robbie Schmittner.
In a straight line, the system would span about six miles (ten kilometers) of land.
Bogaerts and Schmittner spent four years exploring using underwater scooters and specially rigged gas cylinders to find a connection between the Yucatán region's second and third longest cave systems, known respectively as Sac Actun and Nohoch Nah Chich.
To read more click on the post link
Posted by Sassine And Marwa El Nabbout at 9:42 AM